Membership for the Junior Program is $100.00 per year. This covers all expenses except major match entry fees. This cost is divided up between the Fall Outdoor, Winter Indoor and Spring Outdoor sessions at $25, $50 and $25 respectively. The Basic Program uses both .22 caliber target rifles and .177 caliber Precision Air Rifles. The Foundation owns over 25 target rifles and 15 Air Rifles used for the program. The Club also provides all other equipment such as; eye and ear protection, shooting jackets, gloves, shooting mats, spotting scopes and offhand stands. The Club also provides the ammunition.

Our Program is administered by Coach Dave Polonsky. Dave is a NRA Certified Level II Coach. The Team also depends on many other parents to assist with scoring and other administrative duties.

BASIC FIREARMS SAFETY & RANGE ORIENTATION:  Our Basic Rifle Safety and Instruction Program teach new shooters Basic Firearms Safety in their first session with the program. From there, they are instructed in marksmanship skills starting with the prone position. They first shoot from a supported position to become familiar with target sights and the operation of the rifle before they have to learn the use of a sling and support the rifle themselves. Our program teaches 4 position rifle shooting; prone, sitting, kneeling and standing.

Personal achievement is accomplished through the NRA Marksmanship Qualification Awards Program. The average time to complete this program is 2 years. This program has many award levels to offer steady recognition of a shooters progress in learning the various positions and improving their skills through practice scores and match scores.

Each year, we have approximately 12-16 new shooters attend our safety briefing and give the sport a try. Generally 1/2 of these will continue with the program for the season. Approximately 50% of these will return for the following season..

JUNIOR RIFLE GOLD & SILVER TEAM:  In addition to our Basic Rifle Safety and Instruction Program, the top 8-12 of our participants practice and compete on our Gold and Silver Travel Team. To qualify for the Gold & Silver Team, shooters must be into the standing position in the NRA Marksmanship Qualification Awards Program. The Team meets weekly for practice from September through July with a few weeks off in August. The Gold & Silver Team shooters are required to participate in a minimum of 7 USA Shooting Junior Olympic, CMP 3-Position Air Rifle Matches and NRA Junior Sectional Matches during the indoor season. They are encouraged to set up an Air Rifle range at their home where they can practice at least one additional time each week besides the weekly organized Team practice sessions.

Beyond the Basic Rifle Program utilizing just .22 caliber rifles, the Gold & Silver Team level shooters need to be proficient in Air Rifle shooting. Collegiate / NCAA Rifle competition and College Programs require both .22 rifle and Air Rifle shooting in their competitions. The Foundation owns several precision grade Air rifles that are used by our athletes. All of our shooters participate in our Air Rifle program.

JUNIOR OLYMPIC SHOOTING CHAMPIONSHIPS:   Each year, our Travel Team athletes participate in State Junior Olympic Qualification matches to select the top male and female shooters in both Air Rifle and .22 Smallbore Rifle for each State. These Top Qualifiers are then invited to the National Junior Olympic Championships. In 2023, these will be back at the US Olympic Training Center in Colorado Springs, CO in April. Over the past 30 years, we typically have had one or two of our shooters qualify for this event every year.

NRA SECTIONAL CHAMPIONSHIPS:  Our Gold & Silver Team shooters compete annually in NRA “Sectional” Matches. These are matches conducted from January 1st through March 31st at indoor ranges across the US in various rifle and pistol disciplines. Our Teams compete in .22 rifle and Air Rifle Junior events. Sectional match scores are sent to the NRA where they are compiled to give individuals National ranking. They also provide 4 person Team rankings. Junior disciplines typically have over 600 competitors and 100 Teams each year. Beginning in 2020, we held the 4 Position Junior Sectional and 3 Position Air Rifle Junior Sectional each year.

OLYMPIC DEVELOPMENT TEAM:  We have had one our athletes on the US Olympic Development Team.

NATIONAL CHAMPIONSHIPS:  Since participating in the National Matches since 1985, we have had our Junior Members on the top 3 two person Team 11 times. The top 3 Teams are the ones that are invited to the stage at the National Matches Awards Ceremony. Three of those 11 times, our shooters have been the National Champions. The NRA stopped this in 2014, however, the CMP has resumed a Smallbore Team competition beginning in 2018.

NCAA COLLEGIATE RIFLE PROGRAM:  Since 1993, we have had 10 of our Junior Shooters go on to Collegiate Rifle Programs. Three of these shooters have been named All American shooters. We know of only 5 All American Rifle Shooters from New Hampshire since the program was started in 1936.

MILITARY RIFLE TEAM SHOOTERS:  In the past 20 years, we have had 3 shooters go on to be members of Military (US ARMY & US MARINE CORPS) Rifle Teams. We have had a 4th that was a part of the US Army’s ‘World Class Athlete Program’.

SUMMER SHOOTING CAMP COUNSELORS:  Some of our Junior Team members have gone on to be Shooting Camp Counselors for the Civilian Marksmanship Program and private Summer Camps.

Our Program is more than just shooting. Our coaches encourage our athletes to develop and maintain strong moral characteristics. Team spirit , responsibility and accountability are highly valued. We encourage good grades in school as most Collegiate Programs, look at a candidate’s grades before considering their scores. We encourage civic responsibility and participation whether it be at their school, church or community. We teach our athletes to seek out the accomplishments and achievements of others and to speak out to congratulate their team mates and competition.

When our athletes graduate from the program, we remind them that at some time in the future, they owe the shooting sports either through their participation, financial support or personal efforts. We want them to be good role models for shooting sports.

The Junior Team is forever grateful to all or the individuals and businesses that have supported our Program. With travel, equipment, ammunition and awards, our budget is in excess of over $10,000 every year. The Cheshire County Shooting Sports Education Foundation has always been most supportive and we’ve received financial and equipment support from great organizations such as; The NRA Foundation, The Civilian Marksmanship Program, Youth Shooting Sports Alliance, Federal/CCI Cartridge Company, and the MIDWAYUSA Foundation. There have been numerous donors to our new Indoor Range. We are thankful to the Peterborough Sportsmen’s Club for many years of use of their indoor range. Please consider donating to our Program. 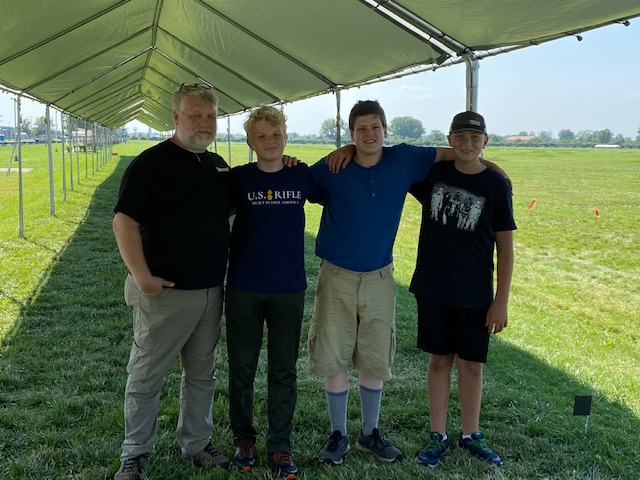 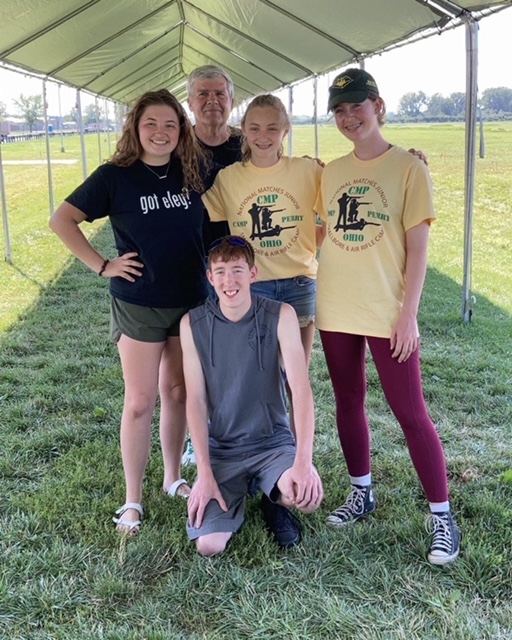