We’ve heard from many supporters who are excited about this project!

Our family is excited about the possibility of a start-of-the-art facility at CCSSEF.  This would be a terrific asset to the community.  The plans you developed are impressive; no doubt, this facility could—and would—be widely used.  Already, I’m envisioning all the educational classes and tournaments we’ll have! Please let me know if there’s any way I can help move this project forward.
– Kym Car and family

The Cheshire-Windham Rifle League would love to have a new indoor range to conduct its matches in.  When I first started shooting in this league in 1980, there were approximately 50 shooters on 5 different teams, shooting in 4 different ranges.  Currently, we are down to roughly half that number on 3 teams shooting at 2 ranges.  The Putney [Vermont] range is on thin ice; it is not in good shape at all.  CCF&G shooters are generally infiltrated into the Peterborough club and shoot there.  At one time, CCF&G had its own team and used the old Winchester range.  I could easily see the team coming back if they had a home range.  Typically, it is a travelling league, with teams shooting head to head during the long cold winter months.  Also, the great work that Larry Parker Sr. does with the juniors would be much more efficient and effective if they had a home range in the winter.  Currently, they use the Peterborough range during the winter and, because they have so many shooters (30+), they must use the range on 2 different nights.  This effort is very important, as the future of the sport lies with the younger shooters.  Other uses are a “schuetzen” league where, in the cold winter months, a small-bore offhand league shoots once a week.
– Neil Jeneral

After hearing about your need of evidence of support for the prospect of building the new indoor range, I began to consider how much this would affect me as a shooter in recreational shooting with my family or as a competitor on the junior rifle team.  To have an indoor range to practice at during the winter months, instead of needing to move all operations to Peterborough, would mean greater ease with the transition from outdoor practice to indoor.  Usually, all the gear would have to be moved, very carefully and tediously, to a whole other range.  This process causes many items to get misplaced and takes up our teams’ time and, overall, is a great painstaking event.  However, if our team just needed to move indoors a few hundred feet away, there would be much less confusion and we could get in more practice time without the move.

I personally have seen the proposed plans for the building, and my reaction was of pure joy!  Plenty of firing points and an area for air rifle and archery mean multiple relays for team practice would be a rare event, thus allowing all of our shooters to get much more time on the line, sharpening our skills.  I myself have always been interested in taking up archery as a hobby alongside my current sport, but I have always been stopped by the lack of areas to easily practice. With an archery range at the place I spend most of my time anyway, I might possibly be able to take up in such sport.  (We could even form an archery group!)

In our range’s current state, most regional matches end up being held down in Hudson, and rarely does Ferry Brook get a chance to host larger matches.  With an indoor complex, more competition could be held through our beloved range, giving us a chance to even further promote this great range.  With a less environmentally harsh area to shoot, more people could be attracted to enroll in memberships for the range, as some people may not want to bear with the heat during warmer months; and most people know, shooting in the cold is just a poor experience.  With more members, a greater income of funds towards the range would be acquired, allowing more improvements to the outdoor section of the range and, with such funds, more classes and events for the public could be held without the worry of breaking the bank.

In all, I am more than willing to show my support for this project, and I can assure you, many people would love a new indoor facility to enrich our range.
– Hunter Lang, member of the Ferry Brook Junior Rifle Team, and proud user of the CCSSEF’s facilities

On behalf of the Keene Police Department, I would like to extend my support of the new indoor facility being proposed by CCSSEF.  We utilize the facilities on a regular and ongoing basis throughout the year.  All our officers are members and, without this affiliation, it would prove difficult and costly to provide the mandatory and critical firearm training programs that we are required statutorily to accomplish each year.
– Police Chief Kenneth Meola (retired)

This is to let you know how much of an asset CCSSEF has been to a variety of educational efforts in which I have been involved.  The organization has provided facilities, personnel, equipment, and instruction that has affected many people.  The Gilsum After-School Program, Monadnock Regional Fish and Game Club, New Hampshire Fish and Game Department Hunter Education, Bow Hunter Education, Trapper Education, and Let’s Go Fishing Programs all have benefited from CCSSEF.

The nature of the benefit is varied.  The facilities offer a place for instruction with rooms, ranges, a variety of habitats, video equipment, and safe storage.  The programs utilize instructors, trainers, and range safety officers that give cross-generational, cross-gender connections.  We have had court-referred participants in some of the programs.  The National Archery in the Schools Program has used the facilities and will continue feeding youngsters into the practice and tournament opportunities furnished by CCSSEF affiliates.  The junior small-bore shooting team has enjoyed national success and provided numerous scholarship awards and solid personal development for hundreds of young people.  Students have been involved in senior projects and community service requirements for National Honor Society, such as the pheasant- and salmon-stocking programs and the National Wild Turkey Federation’s scholarship, Becoming an Outdoors Woman, and JAKES programs.

There have been innumerable opportunities for individuals, families, and friends to enhance marksmanship for personal development, competition, or becoming a more ethical hunter.  Success breeds success.  We are just getting started.
– Mike Morrison

The staff and leadership of the Cheshire County Shooting Sports Education Foundation are exemplary.  Their dedication to education and supporting the shooting community shows in all they do.  The Education & Marksmanship Center is a great addition!
– Rob Pincus

I’m writing to tell you how much I would love to see an indoor range at our club facility.  During colder months, I now travel to Manchester to practice; having one here at our club would be fantastic.  I’ve also talked to quite a few people whom I think would be interested in joining our club if we had the indoor range.  My wife and I are 100% for it; thank you for your hard work in making this possible in the future.
– Bob & Karen Romano

As an avid shooter, I frequently travel from my home in Keene to Belmont, New Hampshire, to access an indoor facility.  You have my total support.  I believe that an indoor facility in the Monadnock region would be extremely popular and very successful.
– Dr. Alan Ross

I’m very interested in the project for the new facility here in Keene.  As you know, my having been a police officer for the City of Keene for 20 years has put me in contact with many enthusiasts in the shooting sports.  Having this in Keene will be a popular venue throughout Cheshire County.  I can envision it turning out to be a destination for many folks throughout the country.
– Randall J.  Tefft

I am a new member of the Cheshire County Fish and Game Club.  I am amazed by the size of the range and the various types of shooting and archery areas provided, not to mention the safety courses, and expertise of the instructors.  I also noticed plans for an indoor range that is still on the foundation’s “to do” list.  I would like to say that I am 100% for that project and would love to see it come to fruition.  I would truly enjoy the year round comfort of being able to use such a facility.  Please let me know if I can help in any way.
– Steve Wells 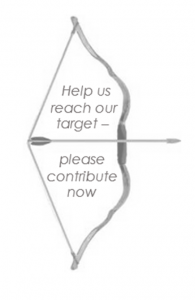